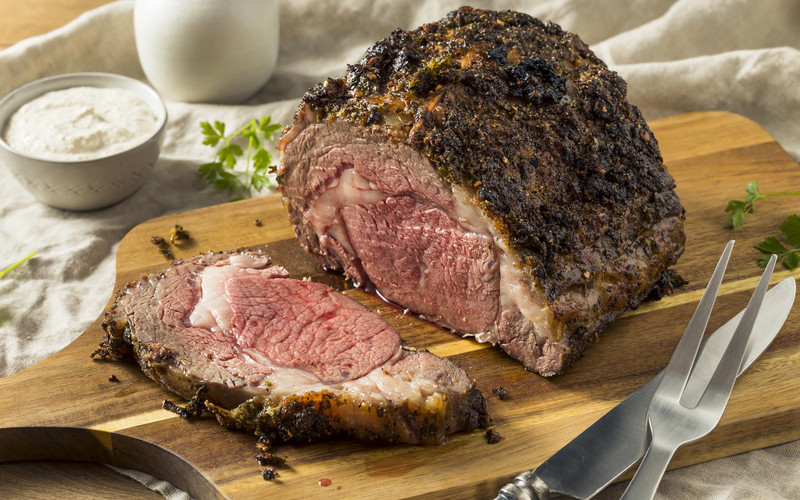 Ribeyes are one of the most universally adored cuts of beef by meat lovers worldwide. And though no one can argue their tantalizing tenderness or delectable savoriness, this cut’s fans are destined to debate one thing for eternity—bone-in vs boneless ribeyes. Whether you prefer bone-in or boneless ribeyes, continue reading this article to learn answers to questions like:

Bone-In vs Boneless Ribeye: Are They Really That Different?

Obviously, one cut has a bone, and the other doesn’t, but boneless steaks can’t be that much different than their bone-in brethren, can they? Let’s examine some of the factors that sway choosing bone-in or boneless ribeye.

Bone-in ribeyes, and all meats for that matter, typically have a slightly lower price point than boneless cuts. This is because of two significant elements: consumable steak area and butchering. An 18-ounce ribeye with the bone removed has more meat to eat than bone-in cuts that include the bone in their total weight.

The other factor that raises the price of boneless steaks is the additional time it takes a butcher to prepare each cut. Though it may not seem labor-intensive, a skilled butcher takes their time cutting bone-in ribeye steaks off the prime rib roast for uniformity and visual appeal.

Does Steak Cook Faster With the Bone In?

No, in fact it’s the exact opposite. Both cuts are an excellent choice for grilling over direct high heat. The suggested internal temperature for bone-in or boneless ribeye is a medium-rare 130 degrees. However, the meat closest to the bone is insulated, which translates to longer cook times in some cases.

Many bone-in enthusiasts combat this by cooking their steak in the oven at a lower temperature. This method allows you to cook meat more evenly. At about 115 degrees, you can take your bone-in steak out of the oven and quickly sear it over direct flames or in a blazing hot cast-iron skillet.

Which Cut Has a Better Texture?

When considering bone-in vs boneless ribeyes, you simply can’t argue they’re both divinely tender. When properly cooked, both are mouthwatering, juicy, and tender delights. But the meat closest to the bone can be a bit chewier than areas further away.

The insulation provided by the bone can prevent the muscle and connective tissue nearest it from becoming quite as supple as meat further away. This isn’t a factor with boneless cuts, which give a more uniformly tender texture.

You’ve probably heard that meat on the bone tastes better than boneless steaks. The most common reason steak lovers give for this is the claim that cooked bone allows marrow to seep into the beef, adding a buttery flavor.

We hate to be contrarians, but this simply isn’t true. Cattle bones are nonporous, meaning no marrow makes its way to your ribeye. Multiple blind bone-in vs boneless ribeye studies have shown that there are no discernible differences in taste. So we say grab your favorite seasons, fire up your steak grill, crank up the heat on your stove, or set the oven and prepare your bone-in or boneless ribeye, whichever way tastes best to you.

Why Is Bone-In Meat Juicier?

The same reason bone-in ribeyes take a little longer to cook is the source of their juicier bites. The insulation can cause the meat closest to the bone to be up to 10 degrees cooler than other areas of your steak.

If you’re served a bone-in steak cooked to a medium-rare temperature near the bone, the rest of your cut is probably cooked medium. So if you find yourself craving those particularly juicy and savory bites of bone-in ribeyes, there’s a good chance you prefer medium-rare beef. And hey, who can blame you?

If you have a rib roast or prime rib, as many call it, you can butcher it into individual boneless ribeyes if you’d like. Cutting bone-in ribeye steaks is as simple as following these steps:

Even the most ardent supporters of either side of the bone-in vs boneless ribeye argument agree—Good Silver Steak Co.’s American Wagyu ribeyes are the most savory, marvelously marbled, and melt-in-your-mouth tender steaks available.

The superior fat content and precision buttering when cutting bone-in ribeye steaks result in a steak experience unlike anything you can find at the grocery store. So the next time you’re craving a special cut of beef or want to celebrate your latest achievement, visit our website and order your bone-in or boneless ribeye steak.

Your cart is hungry now, too.